During May, the City of Greater Geelong marked the 15th anniversary of East Timor’s Independence with a flag ceremony at City Hall. Approximately 60 people were in attendance, which included representatives from Geelong Friends of Viqueque, Geelong Friendship Health Inc and Geelong Viqueque Friendship Schools Inc.

Robyn Stevens, Manager Connected Communities emceed the event. Ms Stevens highlighted that the ceremony was a symbolic recognition of the connection between the people of Geelong and those of the District of Viqueque in East Timor.

“The local community has helped raise funds for the District of Viqueque, with the funds going towards the development of essential education and health services, including training teachers and nurses, and building and upgrading schools.

The flag ceremony was preceded by a student session, which included an excellent presentation by Christian College Year 12 Prefects Montana Jones, Millie Lowe, Cian Foster and Ronen Jafari who shared their learnings from their visits to East Timor.

Senior Sergeant Mark Lee from Victoria Police gave a heartfelt presentation on his work in East Timor as part of the first UN Police Force (INTERFET).

Sister Maria Moniz, who is the Principal of the Canossia Girls College in Baucau East Timor, and a guest of Sacred Heart College Geelong, read the Poem for Independence Day by Xanana Gusmao. 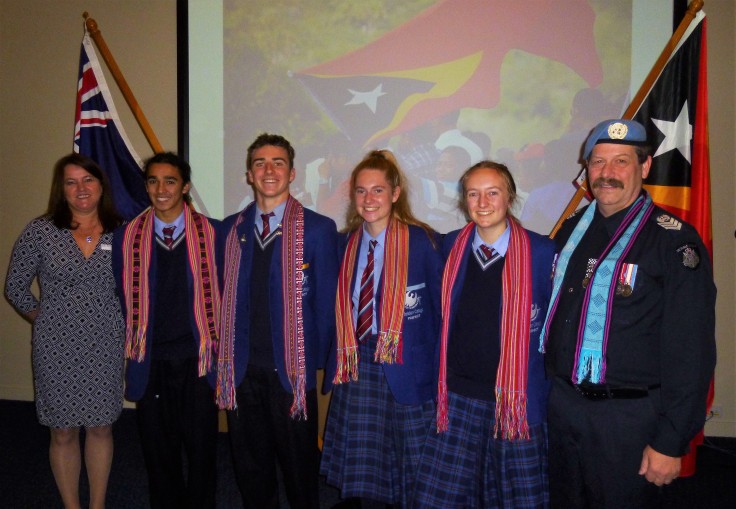